Chapter 5. – GYNECOLOGY: FROM FEMINISM TOWARDS ECOFEMINISM

he chapter analyses PETA advertisement strategies and two films that associate the treatment of animals and animal experiments with the scientific and mainstream cultural concept of women in the Western World. In this context the “customary” ecofeminist theses may be reformulated in the following way: if the devaluation of women presumes the devaluation of nature and their history is parallel, does the “ironic” play with the representation of women as animals (which dominates many PETA advertisements) help the development of environmental responsibility? The view of women and animals as being “replaceable” is the basis of an ecological problem that can be explored in Alien 4: Resurrection (1997), and in the much earlier Russian film, Tarkovsky’s Solaris (1972). The narrative and visual connotations of these films construct an interface through which the space stations that are defined as places of conflicts serve as metaphors for Earth, while the plot itself can be read as an allegory of the destruction of Nature. This reading of the films is further underlined by the representation of the female protagonists who are treated by the antagonists as “monsters” and who are expected to take revenge on their tormentors, which could easily be read as a modern version of the Frankenstein-story often interpreted as an ecological cautionary tale. However, Alien Resurrection and Solaris diverge from this path which has to do with the gender of the protagonists, whose feminine perspectives and values bring a new ecological sensibility into the patriarchal world they inherited and evoke the possibility of the revival of Earth built on the virtues of interdependence and adaptability. 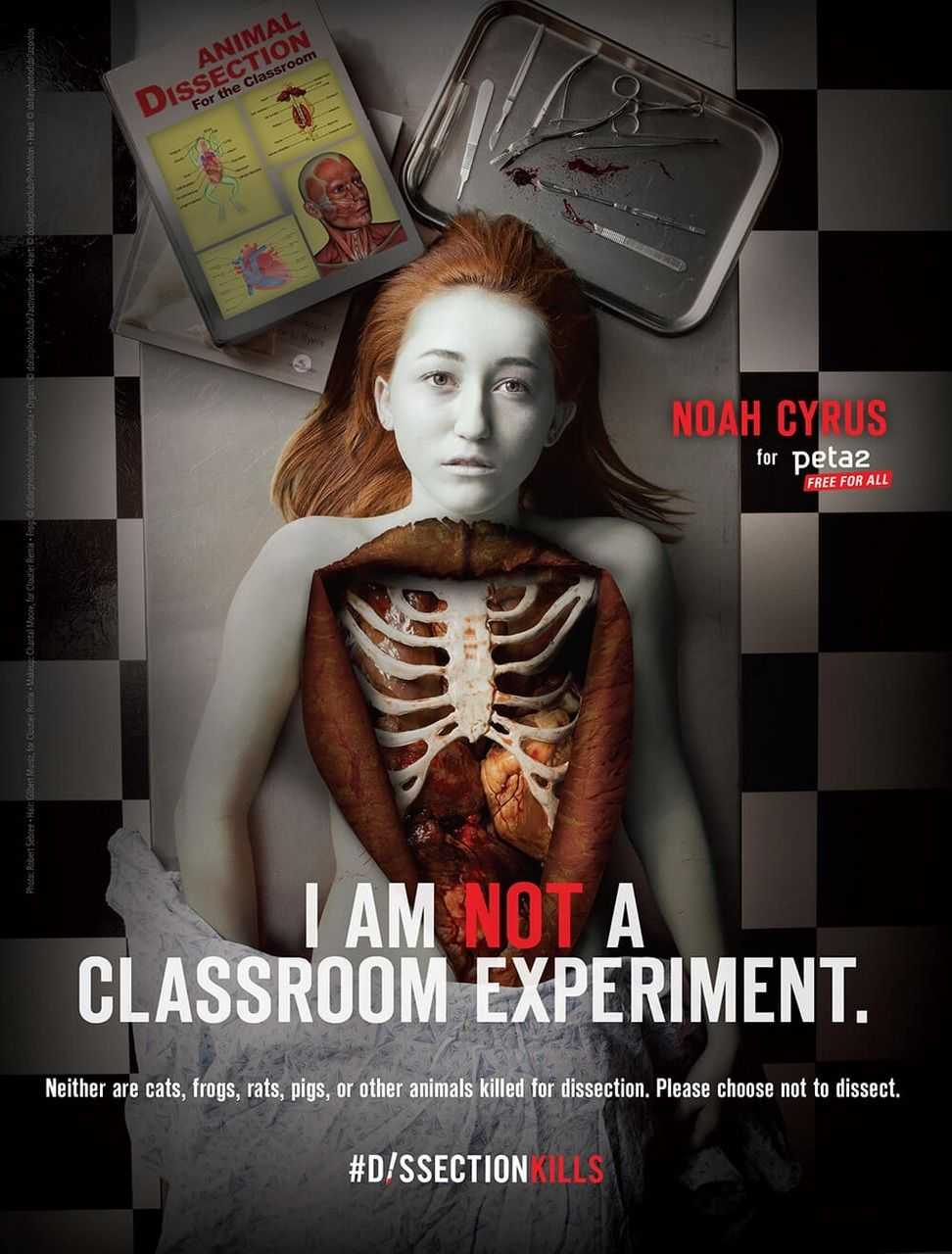 n today’s western culture women are not seen as inferior beings — at least this is the idea behind the PETA advertisements and the reactions they intend to provoke: it is supposed to look strange and mad when women are put in the traditional servient situation of animals. However, it is not so difficult to argue that a woman placed in the cage of a tiger may have more serious effects on the conservative viewer than a real tiger, since the conservative spectator may feel she is put in the very place she belongs, a position that suits her. The poster can be seen as provocatively visualizing a view of gender that our culture nowadays tends to supress and evokes only through certain connotations or — as Carol Adams formulates it — that links the signifier of the picture to a ‘missing referent’. For example, on the poster against foie gras it is again a woman who emphasizes the violence behind forced feeding. ‘Why did PETA choose to feature a female victim in the ad?’ — asks a user with the nickname ‘nick’. ‘Most ducks found in foie gras farms are male’ (http://www.peta.org/blog/get-taste-foie-gras/). Perhaps because the violence evokes oral sexual violence as well, which is intended to be simultaneously alarming and attractive for the male audience. The conscious message, the ‘manifest content’ camouflages an oppressive ‘latent content’.” (p. 192) 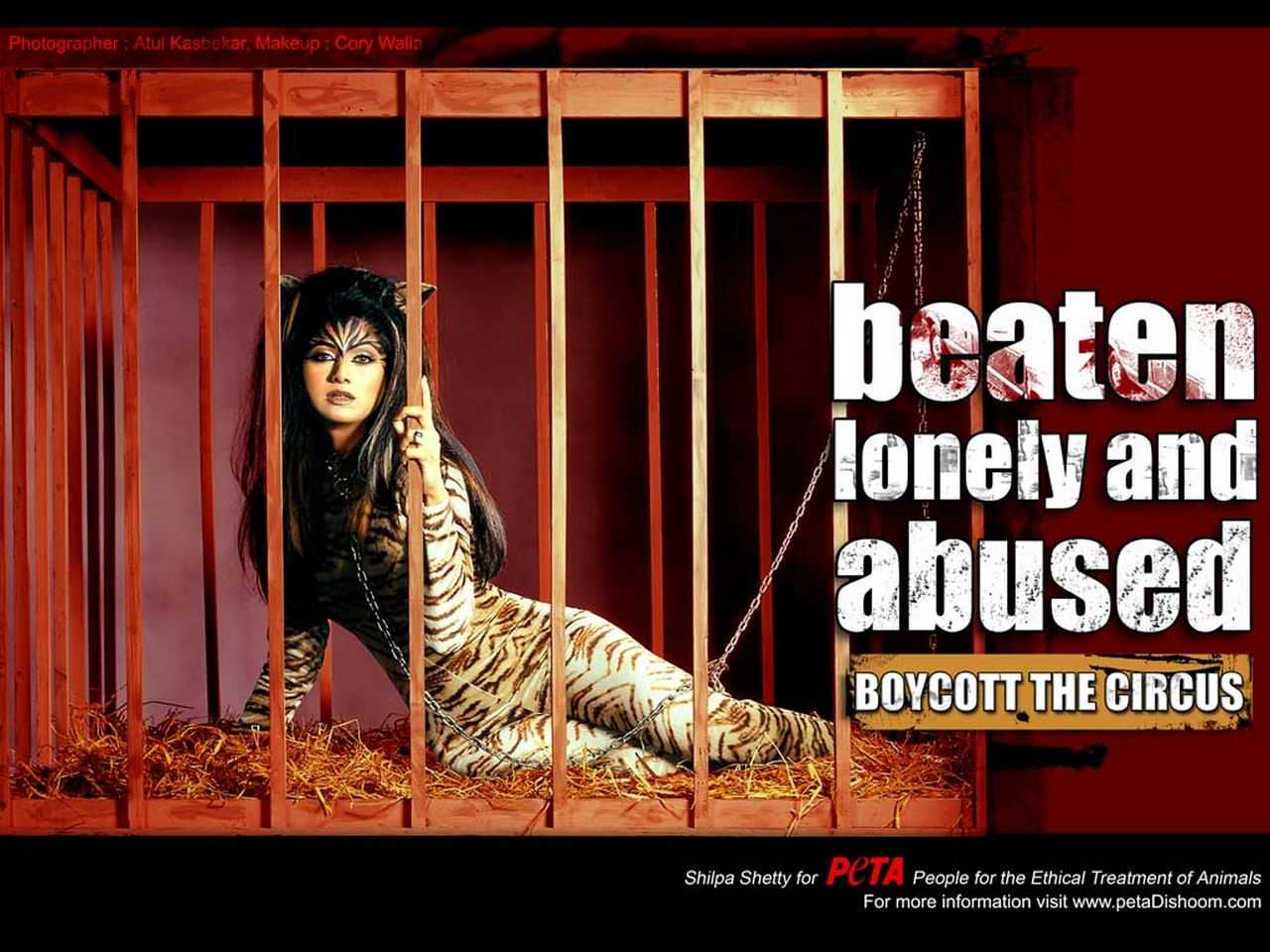 “The most typical characteristic feature of the Alien is its survival instinct, which associates the animal with Nature defined by her reproductivity and with the same gesture makes it the opposite of human astronauts; in this way the Alien becomes the representative of femininity — associated with Nature — and the opposite of masculinity — associated with human culture. (…) The visual connotations of reproduction appear in the most condensed form in a repeated scene that evokes the act of giving birth as the utmost manifestation of horror. All this does not primarily aim at frightening men. According to the concept of emancipation flowering in the 1970s and 1980s, reproduction is the ability of women that places them closer to nature and perpetuates their oppression. Therefore, many representatives of 2nd wave feminism — for example Firestone or Ortner — consider the ability of giving birth as the main obstacle to the public career of women. From the first to the third volume of the Alien series, Ripley fights the eponymous creature not only ‘to save the Earth’ (that is, Earthlings) but also to save herself, which in the films’ visual world is equated with saving herself from being impregnated and having a child.” (pp. 201-202)

“Although in Alien Resurrection Ripley has the opportunity to take revenge on the scientists who tormented her, she refuses to do this and instead she makes a promise to help people. This is obviously opposed to her survival instincts, since the monster does not hurt her precisely because of their blood relationship, which serves the survival of the ‘monster genes’. (…) In contrast to the monster, the humans whom Ripley supports did kidnap, sell and betray their own kin — and they did not do that for survival. If we are forced to choose between the ‘animal’ and the ‘human’ side, it is hardly on moral grounds that makes one chose humanity. Ripley’s choice makes sense only if we place it into an ecological context. After the previous Alien films, it is clear that Ripley takes the side of humans not because she separates herself from animals or fells superior to ‘nature’ intended to be ruled by humanity. To the contrary, the intention behind Ripley’s deeds is to avoid or at least disarm the natural disaster unleashed by human ‘civilization’, what seems to be enabled not by ‘the intensification of violence and control, but the implementation of other human abilities that so far has not been valued enough’ (András Lányi), in other words, empathy, care and the willingness to cooperate.” (pp. 215-216)

“The sterile space of the space station in Solaris is portrayed in sharp opposition with the dacha of Kris’ father in which there is nothing surprising: nature in art has always been the place of spiritual renewal, an evocation of Home. Its presence as such could be viewed as the most stereotypical element in the narrative: as if the distant planet Kelvin has taken over from lush Nature was defying to be the object of study, and instead behaves as a subject. The planet Solaris seems to think, and it intends to build connections with those who aim at studying it, in other words, the planet itself seems to study the scientists. Therefore, the initial contrast between Solaris and the Earth is revoked and the former planet becomes the literal representative of the latter. It speaks for the objectified, destroyed and exploited Earth, what is more, it becomes her vindicator.” (p. 222)

“The dependent ‘feminine’ behaviour of Hari, her need to care and be cared for, her tendency to form connections, her inclination to ‘cowardly’ quail or make compromises instead of ‘bravely’ protest are characteristics that are condemned is Western culture. However, here they offer the opportunity for a new start, and represent the possibility of a new ‘feminine’ world view. (…) ‘Although I can get by without him… I love him’ — Hari says about Kris. In the end of the film Kris also emphasizes the importance of love: ‘Perhaps we are here [in the space station] to make a lesson to people about love’. This may sound rather commonplace and very Russian, at least as far as we forget the context which is left unmentioned in almost every study of the film, perhaps because it is not so commonplace after all. The previous sentence sounds in the following way: ‘So far Earth did not count for the things that could be loved by humanity’.” (p. 227)

Chapter 4. - THE MONSTROUS FEMININITY OF EARTH